“Until April 1992 Sarajevo was famous for three things: the Olympics, the Sarajevo assassination, and characteristics such as ćevapi, coffee shops, new primitivism, soccer, the Makarska Riviera, burek and the common people. Since April 1922, it is famous for only one thing: war.” (First three sentences from the novel Konačari (Occupants) by Nenad Veličković.[1])

Sarajevo will captivate you, make you sad, drag you down and make you laugh. It is a city that has been turning the other cheek for centuries while maintaining its defiance, ingenuity, humour, the Baščaršija and burek, as well as its pain. Recently, my colleagues from the Meta Girls Project and I decided to go on a business trip to Sarajevo and Tuzla. 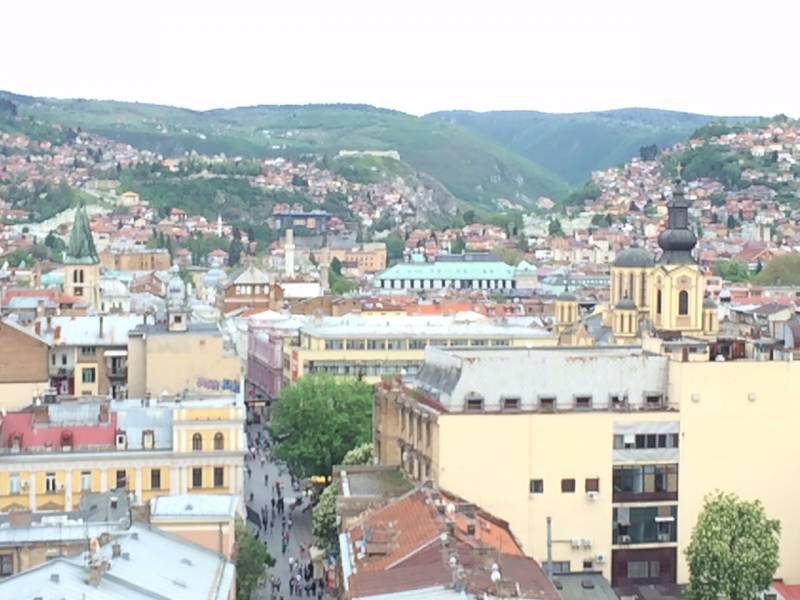 A view of Sarajevo from the Hecco Hotel (Photo: NB).

Some meetings with similar organisations had been pre-arranged in Slovenia, but the most powerful encounters were those that happened accidentally and spontaneously. Nataša and Maja were in charge of networking with non‑governmental organisations. During the Bosnian war Tanja, designer of unique collectible planners, which look even more special this year as they include the first sentences from great books, managed at her home in Ljubljana a small refuge for famous and slightly less famous people from Sarajevo. During our trip, she arranged to meet some former refugees who are now her quite powerful friends from Sarajevo. Tanja, otherwise a native of the town of Jesenice, sympathised with the city back then and felt a special connection with the country long after the guns on Igman were silenced. She is a voracious reader and I hope that some day she will publish what people need to read in order to understand what really happened in Bosnia and Herzegovina and in the wider region, which was ravaged by wars and marked by blood and crazed killing. Somebody once told me, and I do not know if it is true, that the Balkans is the worst place in the world for cruelty.

The taxi driver who drove us from Dobrovoljačka Street to the Tunnel of Hope showed us the battle lines and gave us an intimate account of the war.

Sometimes you regret not having a microphone with you to record it all.

All four of us were left speechless after this less than 40-year-old man, father of three children, bared his soul to us in that taxi. How he shook after the first time he killed a man. How in action you first feel fear, then after a couple of minutes you go numb, you shoot, and it is not until you reach the safe haven of the barracks that you finally start shaking. How war veterans like him do not have secure jobs in the numerous public administration offices for they are reserved for people with connections and for those who went into hiding during the war. How there was a misunderstanding between the Croatian and the Bosnian people during the war that led to some shooting. How he got his first rifle and told the truth about the events at Dobrovoljačka Street, where, according to the Serbs, there were forty-two fatal casualties, but according to our taxi driver, who was actually there when it happened, there were six.

He became a member of a Bosnian special forces unit at the young age of seventeen. To enlist in the army, he needed his parents’ permission – as if he was going to school. He drove us to the tunnel on the very day commemorating the twentieth anniversary of the mortar attack that killed ten people queuing in front of the tunnel, the only connection between Sarajevo and the rest of the world. The tunnel represented hope and escape into a new life. A beautiful short film about the Tunnel of Hope entitled (A)torzija was made in 2003 by Slovene filmmakers and was awarded the Golden Bear for the best short film at the Berlin International Film Festival.

Our taxi driver is a man of raw emotions and indignation. One of the mothers walking beside us in Sarajevo on the Women’s Court march, who lost two sons and her husband in Srebrenica, was a woman whose feelings have ben numbed. She no longer lives, but vegetates. She resides in Sarajevo and devotes her life to her son, who on 11 July 1995 was too young for execution. She lives because she has to. For memories. For her two sons and her husband that she buried after a lengthy identification process on the fifteenth anniversary of the Srebrenica massacre. For the women who lost their sons, spouses, brothers and uncles on that hot day in July, when people lost their sense of the sanctity of life, time came to a halt. 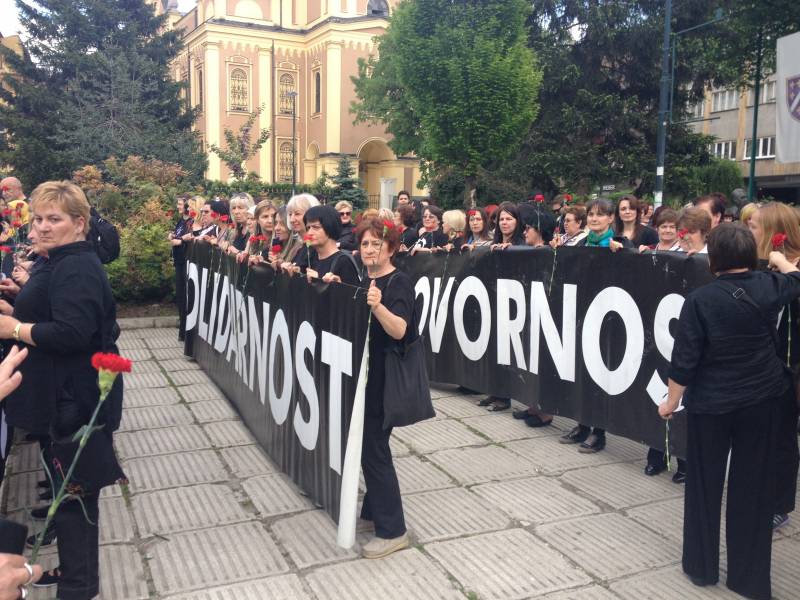 Nowadays some of them attend events where they commemorate Srebrenica, while others retire to the intimacy of their pain and solitude. In Srebrenica the majority of people do not live anymore. It is the home of the dead and of living memories.

If the perpetrators realise they have committed a sin, the victims find it easier to accept their fate.

On that day in July 1995, Europeans were getting ready for their holidays. On a wall in the Srebrenica Massacre Memorial Museum in Sarajevo there is a quote by Edmund Burke: “All that is necessary for the triumph of evil is that good men do nothing.” The former Polish Prime Minister Tadeusz Mazowiecki resigned as the UN Special Rapporteur on human rights due to the inadequate response of the UN to the Srebrenica massacre. He was one of the few. Looking at the museum’s shocking photographs taken by Tarik Samarah leaves you speechless and ashamed that Slovenes at that time were not protesting on Čopova Street, screaming and crying beneath the Prešeren Monument. For years Tarik Samarah has been revisiting the crime scene with the victims’ families and documenting the devastation on people’s corpses, faces and souls. 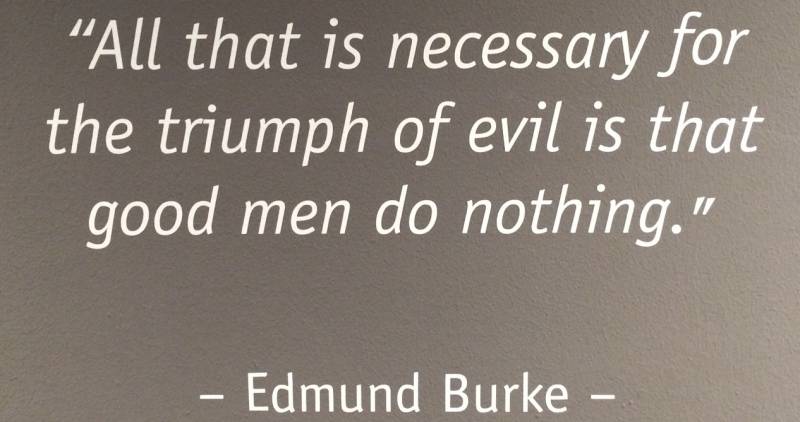 Sarajevo is a city with a 130-year-old tram running through it. Sometimes it comes to an unpredictable stop because there is simply “no more energy”. A lot of its inhabitants, like the tram, are stuck in the past, but even more of them are cycling into the future. The city, where no more than a few hundred metres from each other stand a mosque, a Catholic cathedral and an Orthodox church, also has one of the most modern shopping centres in this part of the world – the BBI. In this city, Christianity and Islam exist in a time of commercialisation and competitiveness, when the main focus is only on the consumption of goods. Twenty years ago this was a place of clashing nationalist ideas and now it is a place of clashing brands.

Walking past the mosque, the cathedral and the Orthodox church, you can see many Slovene brands that were slowly slipping away when no one even realised it. And now some of them can only be seen on the main street in Sarajevo. This lively main street is the cemetery of great Slovene brands such as Alpina, Planika, Peko and Lisca. The new shopping centre, which was financed with Gulf money to defy the West, carries mostly western brands. Walking around the city, there are many young local women wearing headscarves. Some people told us that girls were doing it to be cool and look modern, while others explained that women in Sarajevo wear headscarves differently from those in Istanbul. It is not the Turkish way, which is supposed to be typical for Bosnia, but a new, Arabian style of wearing headscarves. Sarajevo is a city of contrasts. Once a city of starving people is now a city of highly calorific and delicious burek, sirnica and buređik. 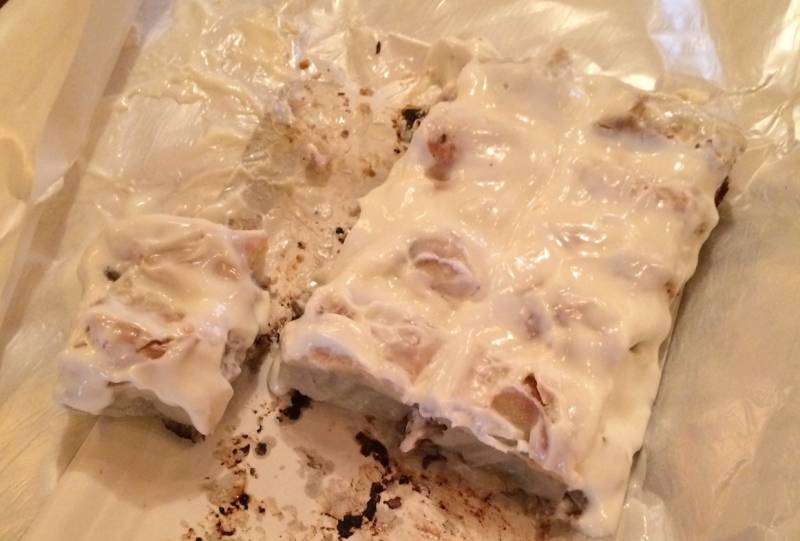 Every encounter was a story in itself, and it is really too bad that we have got used to the text length dictated by Twitter. There are so many heart-breaking stories in the Sarajevo valley that people so generously shared with us in those few days. Just like on that evening at the beautiful inn in Sarajevo with a gorgeous view of the city when a friend told us about the shocking life in Sarajevo as it was in the past and still is in the present.

For almost three years during the war she, her husband and her friends were forced to scrape by and feared for their life in the basement of the Academy of Arts.

Then, as a woman from the city of contrasts, she moved to a completely different world – she swapped the basement for the Californian sun. For a year she lived in Los Angeles in a luxurious house that belonged to a famous American film actor. The separation and yearning for her husband and Sarajevo soon made her come back to Europe, more precisely to Rome. She told us a story about the dog that saved her husband’s life while he was queuing for bread on Vaso Miskin Street (today known as Ferhadija). On 27 May 1992 a mortar landed on the spot, killing 26 people and injuring 108. Her husband was driven from the queue because of his dog. He stopped at the confectioner’s, who later lost his legs to the more bomb, and then unsuspectingly came home with the dog safe and sound. She told us how her husband, who lived in Sarajevo through the entire war, was on a Sarajevo TV programme broadcast by the Italian TV channel RAI and she did not recognize him. Because he was so thin.

In twenty years, time moves on. It moves on for the young who were born after the Srebrenica massacre or during the war. For the young who are building a new Silicon Valley on the outskirts of the city and for the young who are leaving this historically scarred place. For those people who write amusing blogs and books on nationalism in school books, like our wonderful co-speaker and author of numerous books Nenad Veličković. 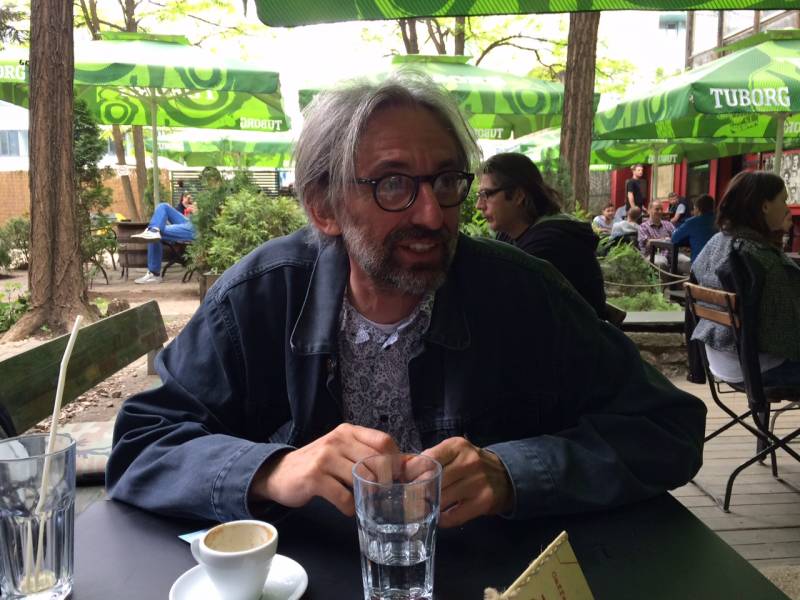 Nenad Veličković. “Writes everything but does not sign everything.” (Photo: NB)

Bosnia needs politicians with depth who can identify and benefit from the country’s best qualities – their experience with multicultural cohabitation, burek, humour, art, writers and survival skills. And it needs a constitution that starts with a “C” for constitution and not a “D” for “Dayton”. The citizens of Bosnia and Herzegovina have the wisdom and the maturity possessed only by those nations who have gone through great ordeals. The country also needs better roads, while Slovenia could do with some of the Bosnian humour and maturity. It will be great when all this finally comes together again and the only link is not the actor Branko Đurić Đuro smiling down from posters for a bank on almost every tram station in the city.

Author: Miriam T. Možgan has always had a big mouth, but as she works in diplomacy, she often has to keep it shut. She embarked upon her career as a mouthy journalist at the Val 202 radio station where, together with Marko Zorko and Marko Radmilovič, she created the satirical show Stergo Ergo. Then she joined the state administration, where she advised defence and foreign ministers and the president on cohabitation with the media so that their relationship would not turn into a failed marriage. Recently, she has been helping to build the foundations for digital diplomacy and trying to promote friendship between nations, especially Slovenia and France, where she currently lives. Follow her on Twitter at @MtM68.

[1] The excerpt is translated by the translator of the article.