1897 – First women’s newspaper Slovenka published; women can apply to the Faculty of Arts, University of Ljubljana (in 1906, the first Slovene woman obtains a PhD)

1898 – The Society of Slovene Female Teachers is established 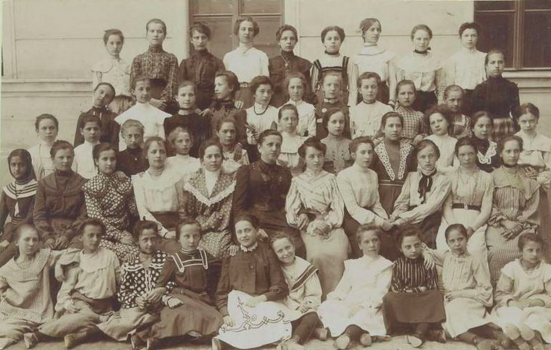 1924 – The Alliance of Working Women and Young Women (ZDŽD) is established, the first edition of the bulletin Ženski list appears 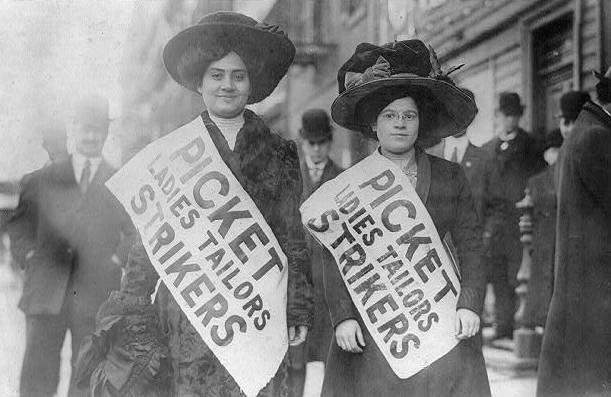 1942 – Decree adopted by the Executive Committee of the Liberation Front (IO OF) gives women the right to suffrage on the newly independent territories (10.8% of the delegates at the assembly in Kočevje are female), the decree is in effect until the adoption of the constitution in 1946

1943 – The Slovene Antifascist Women Alliance (AFŽ) is established in Dobrnič

1974 – The constitutional right to free choice regarding childbirth is established

1986 – Maternity leave is extended to one year

1989 – First abuse hotline for women, children and victims of violence

1992 – The Women’s Politics Office is launched by the Slovene government; later renamed as the Equal Opportunities Office and suspended in 2012

2004 – The Constitution is supplemented by legislative measures to ensure gender equality in elections; the Law on Equal Opportunities for Men and Women is adopted 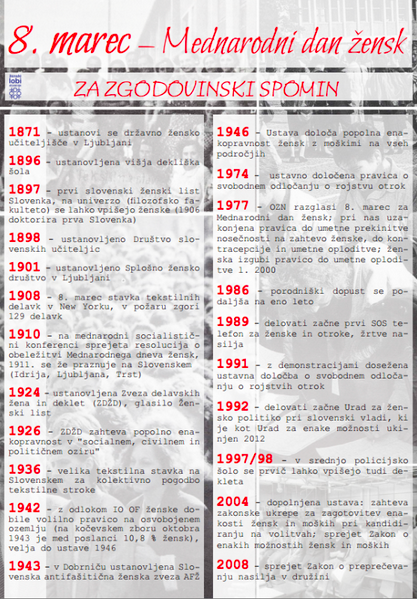 Authors: The Slovene Women’s Lobby, an organisation which aims to eliminate all forms of gender inequality, to ensure full respect for women’s rights as fundamental human rights, to ensure systematic implementation of equal opportunities policy and to institute equality as a fundamental value.