It is time for analysis of the representation of the gender profile of guests in selected television current affairs broadcasts. In November, the programmes Odmevi (TVS 1 channel), Svet (Kanal A), Studio City (TVS 2), Tarča (TVS 1), Epilog (POP TV), Danes (Planet TV) and TV Klub (POP TV channel) were performing like this: female professionals were given the most opportunities on the programmes Studio City, Danes and TV Klub and the least on Tarča.

Surprisingly, TV Klub is actually among the best scoring news programmes. Since May, when we started carrying out the analyses with our partner and sponsor, the company Kliping d.o.o., TV Klub always had the lowest rate of female professionals as guests (with the exception of September, when Odmevi “won” this title). In addition, the results from November showed that there were 75% male guests and 25% female guests on current affairs programmes. 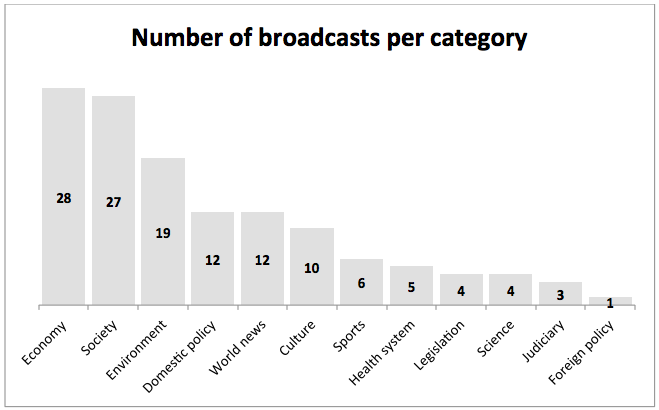 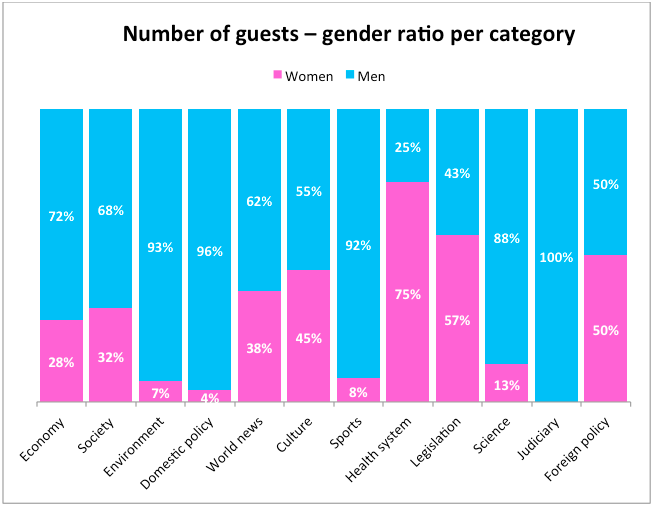 About the Meta Girls Project and the Kliping, d.o.o.:

When we created Meta Girls – the section of Meta’s List founded in the belief that women are made for politics and politics is made for all – we envisaged conducting several analyses that would help us understand predominant patterns and social trends, especially when it comes to the presence of women in the traditional media.

We are fed up with the empty debates on gender equality and equal rights held for petty International Women’s Day events. We want to see real change. This is why we decided to examine how the media help sustain or break stereotypes, i.e. how much air-time is given to men and to women. We have joined forces with Kliping, Society for Media Monitoring and Analysis, which is a sponsor and partner of the Meta Girls project. Every month we monitor eight (8) of the most watched current affairs programmes on Slovene television (Odmevi, Studio City, Tarča, Danes, TV klub, Epilog, and Svet) and note the amount of air-time that is given to male and female experts. We also analyse the questions they are most frequently asked. The results are given below.

Značke
#MetaGirls, women and the media
Facebook Twitter Pinterest
LinkedIn Email
0 replies on “Every day, in every way, more and more … we are trying our best :)”