Author: Jonas Sonnenschein, environmental economist from Germany, a day without fresh air is a lost day. Jonas came from Germany via Sweden to Slovenia. In Ljubljana he works with Umanotera – Slovenian Foundation for Sustainable Development. Jonas is convinced: the world cannot be saved, but it is worth trying. His Twitter account reads @jo_sonnenschein.

Two years ago I came to Slovenia by train to live with my family. It was a move into the uncertain. My wife had a job, but I didn’t have one in Slovenia, yet. And “Ne govorim slovensko!” was about the only sentence I knew. Quite soon I also realized that Slovenia was in trouble. Would that be the right place to start our family life? We considered emigrating to Sweden, where we had met and spent a couple of nice years. Well, we are still here …

On Monday I took part in a press conference to kick-off a new campaign on the online-petition platform Tretji Člen: »Let’s turn the minus into a plus« The current Slovenian budget deficit is a large minus. Using the deficit as an opportunity to abolish harmful subsidies is a plus, it is one of the few opportunities that the crisis offers. Much has been said about the budget deficit and how it came about, while harmful subsidies were not mentioned. We were surprised to find environmentally harmful subsidies worth more than half a billion Euro, when researching the topic earlier this year. When state-owned companies are bailed-out, e.g. Adria Airways, the subsidy is very obvious. A direct transfer of money takes place. But when national and international transport companies get refunded a certain share of the fuel taxes they pay in Slovenia, just few people are aware that this is a subsidy, which costs the state about 40M EUR per year. Many subsidies come in the form of taxes that are not paid or are hidden in other ways.

Some weeks ago I benefitted from the taxes that are not paid by the aviation sector. I took a Ryanair flight from Trieste back home to Germany and was surprised that it was possible to get a return flight for staggering 45 Euro. Part of the explanation is that there is no value added tax (VAT) on international flights. Moreover, kerosene is exempt from the fuel tax, although burning it up in the atmosphere contributes significantly to climate change. A sustainable lifestyle is hardly feasible if family and friends live abroad. You collect what the environmental journalist George Monbiot calls “love miles”. Of course, Trieste is in Italy, but taxation of aviation is not any better in Slovenia and – here comes the second sentence I learned in Slovenian – “Trst je naš”.

Annexation is luckily not an option anymore to cover up tackle national crises (even though selling Greek islands to Germany in order to balance public debt was an astonishingly serious and persistent idea). Phasing out harmful subsidies has a different quality. It will have an impact year after year as most subsidies are granted on an annual basis. It will reduce the pressure to cut spending for social transfers, education and culture. And – in contrast to annexation – it is very realistic. 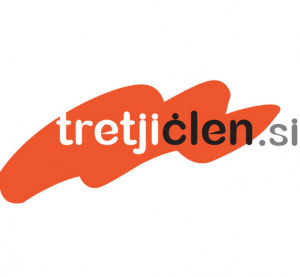 In our petition we urge the government to abolish environmentally harmful subsidies worth 100M EUR in the budget year 2014. This could include the 40M EUR fuel tax refund that was mentioned above. It could include other excise duty (trošarine) exemptions worth 33M EUR. Moreover, the state could stop selling off wood from state forest too cheaply. By charging market prices under the concessions for managing state forests, the state could earn 25M EUR more every year. Dozens of million Euros could be raised by removing the harmful VAT exemption for aviation and charging the full VAT rate on chemical fertilizers and pesticides. If you buy a newspaper you pay a higher VAT rate than for these phytopharmceuticals used in agriculture.

Turning the large minus into a plus is not just a short-term number’s game. While there certainly is high pressure to consolidate the budget quickly and limit the level of public debt, short-term savings will surely not solve the (budget) problem on the long run. Therefore, our list of harmful subsidies should be seen as the start of a process. You can be part of it! Discover the Edward Snowden in you and share your knowledge about further harmful subsidies and unnecessary public spending! As a politician, abolish harmful subsidies. As a journalist, spread the word! And, of course, sign our petition!

What is the latest sentence that I learned in Slovenian? “Spremenimo minus v plus!” It is a great motto for my environmental work and my life in Slovenia. There are many challenges ahead and, damn it, I’ve certainly used up my carbon emissions budget for this year. So next time I go to Germany I might take the bike, or at least the train again. I hope politicians will make it easier for me to decide against car or plane by making the more sustainable train also economically more attractive.