We have to make a start at some point. And May is a great month for fresh starts :). When we created Meta Girls – the section of Meta’s List founded in the belief that women are made for politics and politics is made for all – we envisaged conducting several analyses that would help us understand predominant patterns and social trends, especially when it comes to the presence of women in the traditional media. We are fed up with the empty debates on gender equality and equal rights held for petty International Women’s Day events. We want to see real change. This is why we decided to examine how the media help sustain or break stereotypes, i.e. how much air-time is given to men and to women.

We have joined forces with Kliping, Society for Media Monitoring and Analysis, which is a sponsor and partner of the Meta Girls project. Every month we monitor seven (7) of the most watched current affairs programmes on Slovene television (Odmevi, Studio City, Tarča, Na tretjem, TV klub, Epilog and Svet) and note the amount of air-time that is given to male and female experts. We also analyse the questions they are most frequently asked. A broadcast refers to a guest appearance on a TV programme. For example, in May, Odmevi broadcasted interviews with 54 studio guests, 42 of them were male and 12 female. The results for May are given below.

Seven different TV current affairs programmes, some of these broadcast almost every day, others once a week, hosted altogether 125 men (79%) and 34 women (21%), which means that every fifth guest in the studio was a woman. 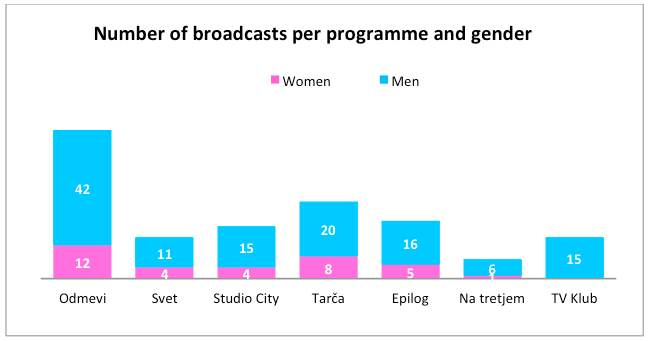 The highest proportion of women (29%) was hosted on the programme Tarča on the channel TVS 1. But the absolute “winner” in May is TV Klub on the channel POP TV, which on five programmes and with a total of 15 studio guests did not host a single woman. 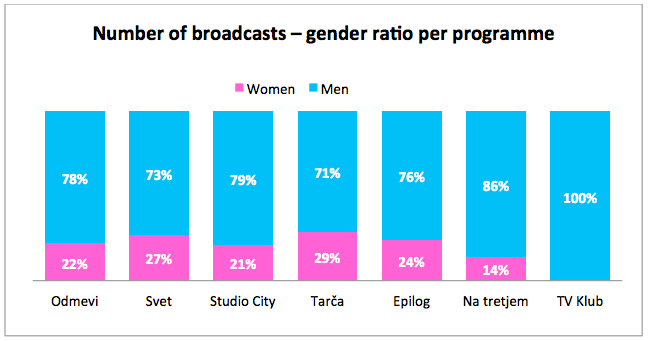 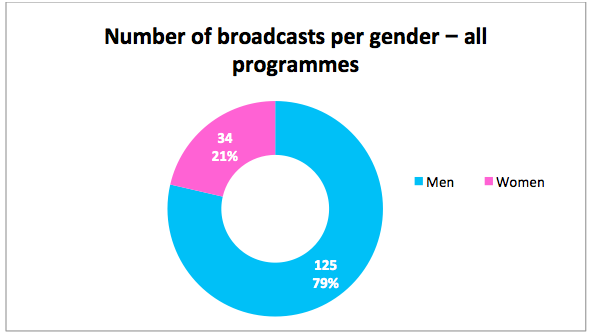 And how much air-time in minutes was given to each gender? 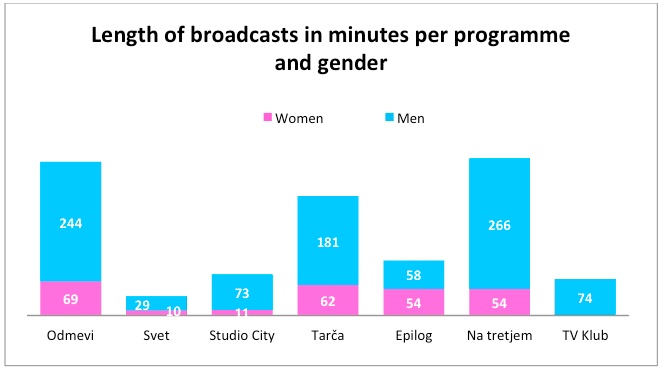 Nearly the same amount of time was given to female guests (they occupied 48% of air-time) and male guests (52%) on the TV programme Epilog on the channel POP TV. The largest discrepancy between the genders in air-time given was recorded for Studio City (87% of air-time was dedicated to male speakers and 13% to female ones) and on TV Klub, as we already mentioned, where there were no female guests (0%). 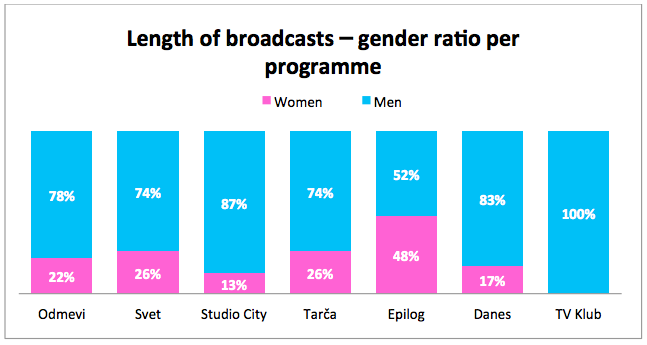 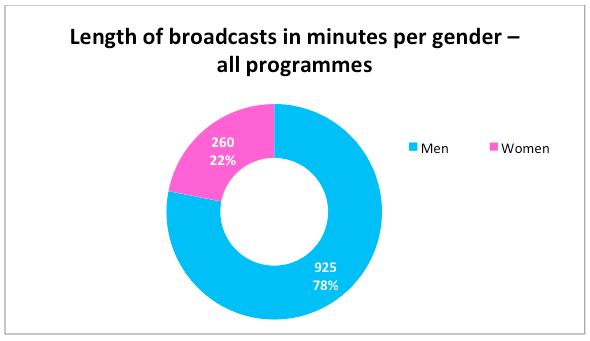 The analysis of the discussed topics according to different categories (the economy, domestic and foreign politics, public administration, the public sector, the environment and society) for May showed the following results: the number of female guest speakers was the highest on the topics of culture and public administration, while other topics were predominantly discussed by men. 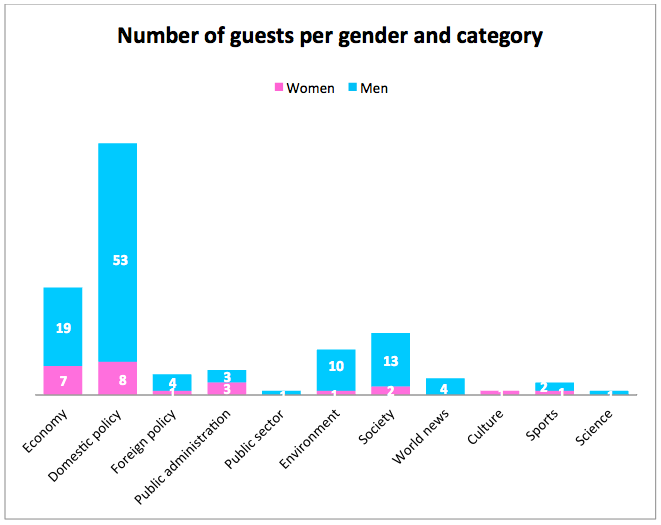 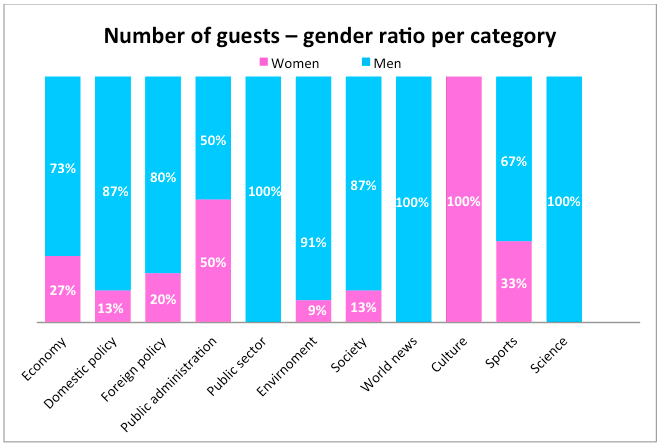 Producers do not have any data on the gender of invited guests or how many or which of them declined the invitation to a particular programme or for some reason could not respond, which might have changed the originally devised structure. We are also aware that there are certain categories with a larger number of experts of a certain gender, making it completely understandable that a greater percentage of guests also belong to that gender.

Regardless of the circumstances that influence the profile of studio guests and of schedules which demand a quick response from the invited guests, it is hard to believe that in Slovenia there are so few women who have something to say as is implied by the results above. Are there really that few experts from different fields, politicians, activists and articulate women who can speak?! Dear male and female producers, Meta’s List is happy to help update your phone book with the numbers of intelligent women and share names of top female experts who should get the chance to appear in male TV clubs and male studio cities.

Značke
TV programmes, women and the media
Facebook Twitter Pinterest
LinkedIn Email
0 replies on “One month, seven TV programmes – every fifth guest in the studio was a woman”