Before I left my country, my former employer told me I was crazy to drop everything and move “to the poorest part of Europe” (no offence here). This didn’t sink in well until recently when an acquaintance of mine responded to one of my posts … that I was coming from the poorest part of the world.

To tell you the truth, it hit me like a snowball and I wanted to convince her that Africa is not poor. I tried but I realised that however much I explained , I wasn’t going to erase a picture which was painted and repainted in the minds of rather a number of persons over the years.

WHAT MAKES A COUNTRY POOR OR RICH?

I kept asking myself what makes a country or a part of the world more richer than others? What are those factors considered to show that the country is poor or rich? By the way, who determines the authenticity of these factors we all consider to be true and take their word as bible truth. I was keeping my argument simple, discussing practical examples with my colleague, until she referenced the World bank and their numbers. She emphasised that numbers do not lie and according to her, information referenced from the World bank site is reliable.

PHOTO: One of the kiosks selling vegetables. These are common in most parts of Uganda selling almost all food stuffs. 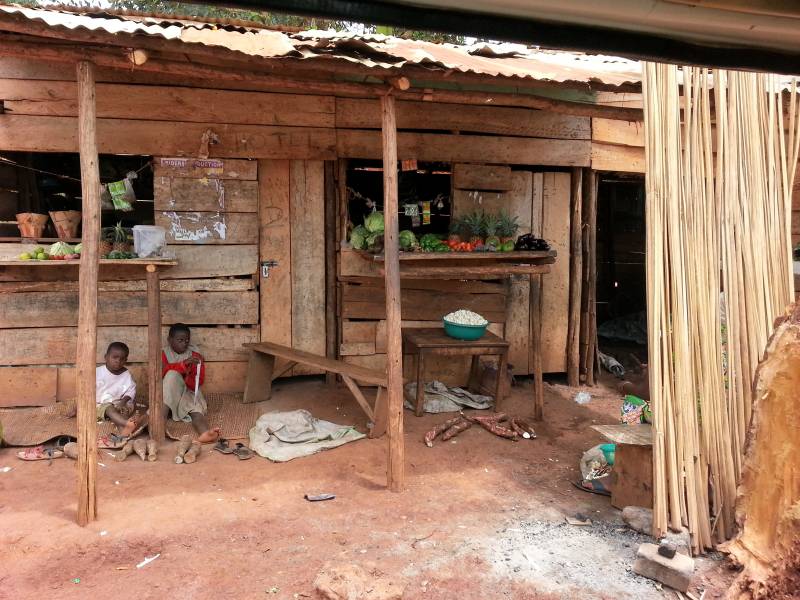 We are living in the best of times of the 21st century where we do not have to get out of our comfort zones to stretch a leg to get what we want, we can google anything from clipping nails to building a machine. We google which country is richer and the list will come up even showing the richest people in the whole world. Does that ring any bells?

I don’t know about you but I wouldn’t mind knowing more. What is that determines the society to be poor, rich or wealth?  Depending on where you are coming from and where you have ever lived, consider the standard of living, the retirement age, the tax rate, the weather, the landscape, the state of living, the distribution of wealth, the common causes of death, the population of the country, the payment range, the education … Do not look at how expensive clothes, cars or houses people possess, if you do remember your finances properly and put it into logic, they are all liabilities.

PHOTO: The residence of one of the houses owned by men and women who have found their way in business world. (photo by Kakensa Ndugwa). 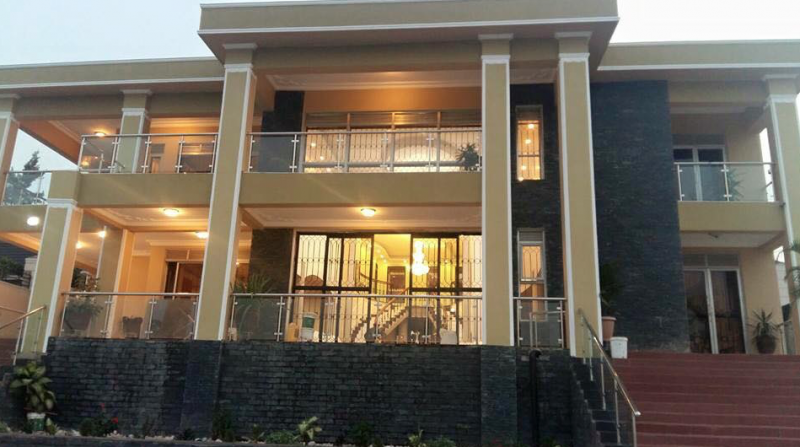 Countries are like products, you will never know them unless they are advertised to you again and again.

Let’s take the most obvious examples we all know. How many times have you watched poor Americans on TV and how many times have you seen rich Africans coming from Africa streaming on your TV? When did we start knowing UAE? Is it the only state with oil? What is happening to the rest of other states with oil? What are those things a country has to posses to be considered rich or wealth?

This would be a simple list of items considered very valuable (gold, diamond, coal, rubber, oil, the list goes on). Most countries in Africa even if they can trade in dollars, they use shillings and in Uganda $1 is equivalent to 2500 UGX. One dollar might be nothing to someone in USA or Europe, but it is a full lunch for someone in Uganda. This does not make the country poor, it just differs standard of living.

PHOTO: Catherine Nakato on her farm in Uganda, putting up shelter for animals (Nkozi, along Kampala- Masaka Road). 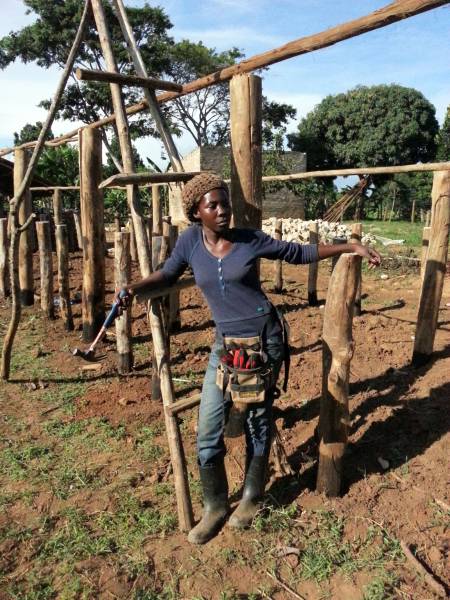 I always tell my friends that fast foods are more expensive in my homeland than is a well balanced meal. We have the luxury of owning miles and miles of land, sleeping in huge houses without mortgage at all, driving our Toyota cars fully paid, grow our own food, harvest our own water from rains or having underground tank and own solar power.

This might sound like backwardness but a big number of people from my country are not employed by an organisation and they don’t expect any retirement benefit at all. They own their own businesses, do import and export of goods and that is the only tax they have to pay. Stress is not one of the problems we have, suicides are like a dot in an ocean.

Now we can google what is the meaning of the words poor, rich and wealth …

Author: Catherine Nakato. She comes from Uganda. Writes a blog xPlorCity, She recently started to co-present on Radio Študent on programme sunrise Africa. Loves fashion and is passionate about Meetups for business, culture and women empowerment.