In order to research the representation of women as guest speakers in the traditional media, an analysis of the situation in TV studios is performed each month. The aim is to find out how much time and space on the most popular current affairs programmes on Slovene television is given by producers to male speakers and how much to female ones.

We have joined forces with Kliping, Society for Media Monitoring and Analysis, which is a sponsor and partner of the Meta Girls Project, and are trying to identify predominant patterns and examine how the media help sustain or break stereotypes. The statistical analysis for May is as follows: seven different TV programmes (Odmevi, Studio City, Tarča, Na tretjem, TV Klub, Epilog and Svet) hosted a total of 125 men (79%) and 34 women (21%), which means that every fifth guest in the studio was a woman.

(Note: Tarča only had two programmes in June). 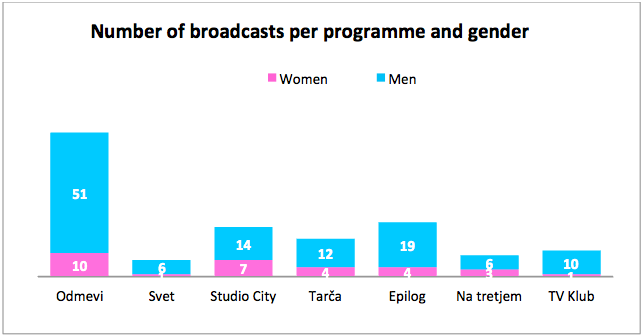 In June, female experts were most frequently hosted on Studio City and Na tretjem, representing 33% of all guests. A slight improvement was recorded for TV Klub, which in May did not host a single woman, and yet managed in the following month among eleven invited female guests to include one woman. One. 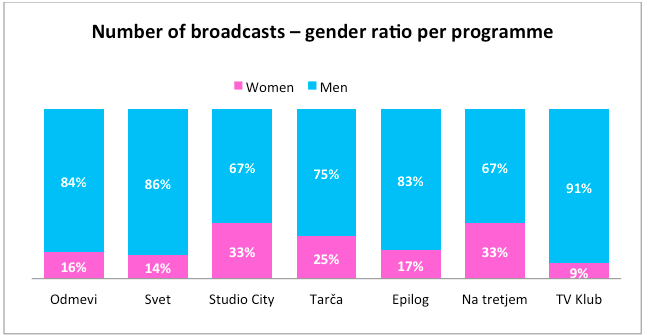 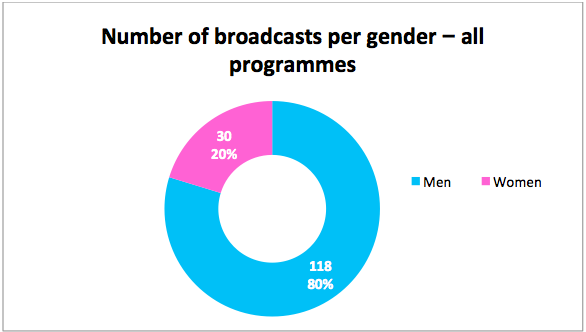 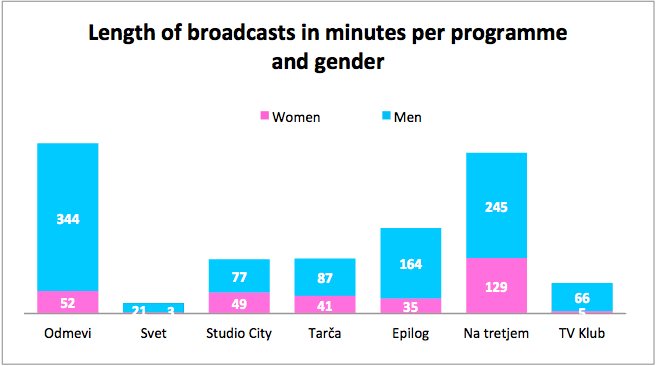 75% of studio time in the most popular TV programmes was given to male speakers. 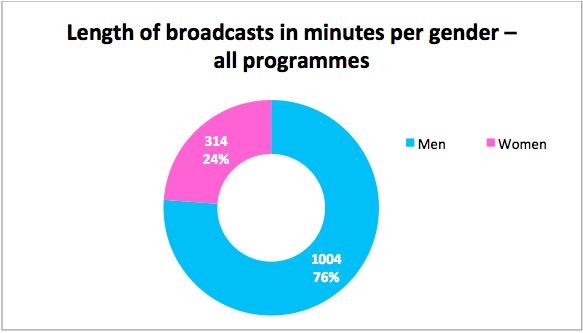 Due to the forthcoming elections, in the part of the analysis where guest appearances are divided into categories, such as the economy, domestic and foreign policy, public administration, the public sector, the environment and society, the programmes have noticeably and understandably given more attention to or made more broadcasts on domestic policy (government, elections and confrontations). 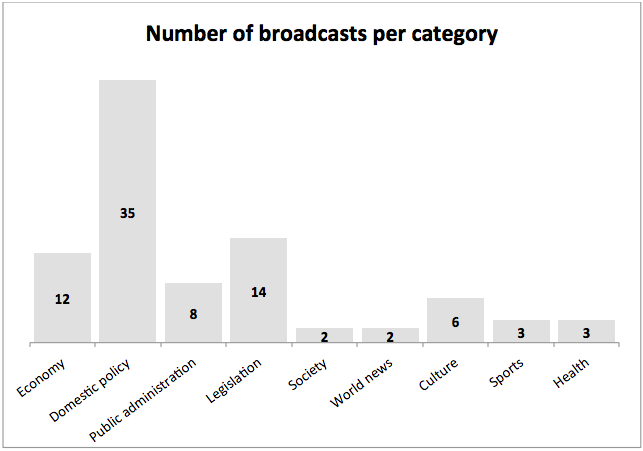 A more detailed analysis of the gender ratio of guests in relation to different topics shows a complete dominance of women debating foreign policy, although in June, this topic was the least discussed in the analysed TV programmes. For example, Karmen Švegl talked on Odmevi about the situation in the Middle East and Lousewies van der Laan, a Dutch politician, about Europe on Studio City. 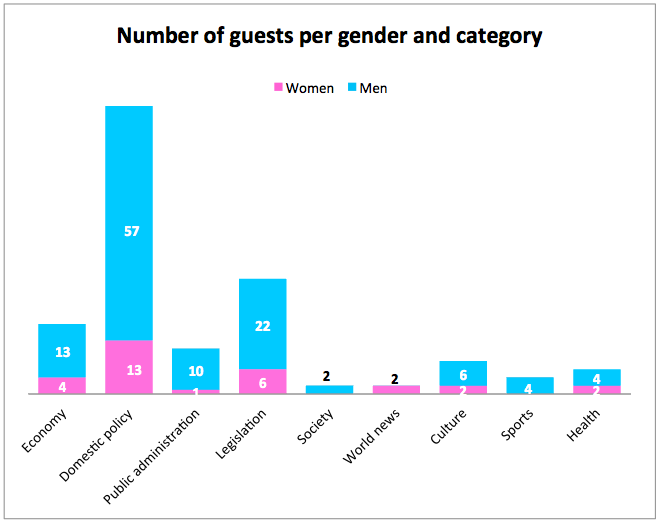 In all other topics or categories there was again an almost complete dominance of male speakers. 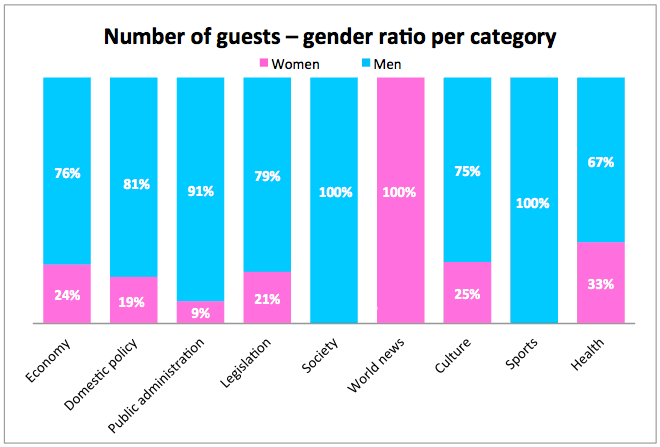 In both May and June 2014, the results were similar: the great majority (80%) of guests were men who were given 76% of the studio time, and with the exception of foreign politics, they also covered all the remaining topics.

Producers do not have any data on the gender of invited guests, and how many or which of them declined the invitation to a particular programme or for some reason could not respond to the invitation, which might have changed the originally devised structure. We are also aware that there are certain categories with a larger number of experts of a certain gender, making it completely understandable that a greater percentage of guests also belong to that gender.

The offer made to male and female producers of the most popular current affairs programmes on Slovene television still stands – Meta’s List is happy to help update your phone book with the numbers of intelligent women and share names of top female experts who should get the chance to appear on male TV clubs and male studio cities.